Standing on its perch since 1828, when it was erected by Robert Stevenson, and manually operated until 1998 when acquired by the Northern Lighthouse Board and converted to automatic operation, the imposing site of the Cape Wrath Lighthouse, overlooking the Durness and the accompanying Lloyd signal station, have operated as a salutation for oncoming ships since the 19th century.

Due to its high altitude the topmost lantern of the watchtower would often be obscured by the mist, sea spray, and low cloud formations, leading to the construction and installing of a lower down signal beacon during the turn of the 20th century.

The characteristic interval flash of the signal tower is immediately distinguishable on the costal edge. However the lighting fixtures may have altered over the years, the undeniable aura of the onetime paraffin lamps, lingers on in the foggy air. Though it’s no longer running off of the same classic lamp and power systems that it once used, it still retains the charm of an old lighthouse. You may not find an old lighthouse keeper here, but you’ll still find a sight to behold.

Standing an impressive 20 metres tall, the semi-circular base, composed in its entirety of whitewashed granite, is a towering guidepost encircled by a perimeter wall and accompanying secondary signal station buildings. It offers an impressive sea view on one side, and beautiful country splendour on the other, making this site a must-see for its sights. The beautiful landscapes are a stunning answer to the question, “Why visit Scotland?” 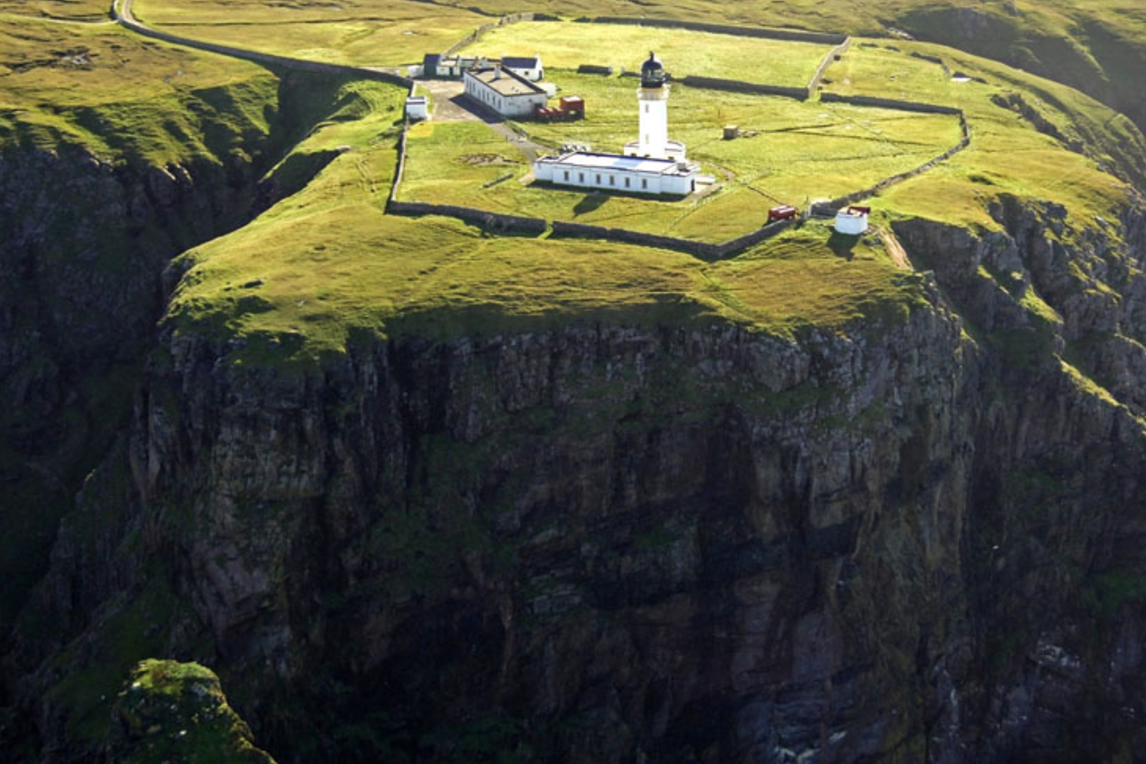 This lighthouse is so remote and difficult to access by road that its stores are resupplied only annually, from the paraffin oil used to power the machinery to the household goods kept in stock for those maintaining the operation. On the 17th of January 1977 a helicopter performed the first helicopter relief carried out at a lighthouse based on the Scottish shoreline, the Cape Wrath Relief. Its keepers maintained the light, fog signal, and a radio beacon, which as of 1998 are all now maintained through remote automation.

These days the old observation station lies defunct and derelict, and in view of the new one erected towards the dawning of the 20th century. However the old buildings are still used as supply posts by the armed forces and are standing to this day.